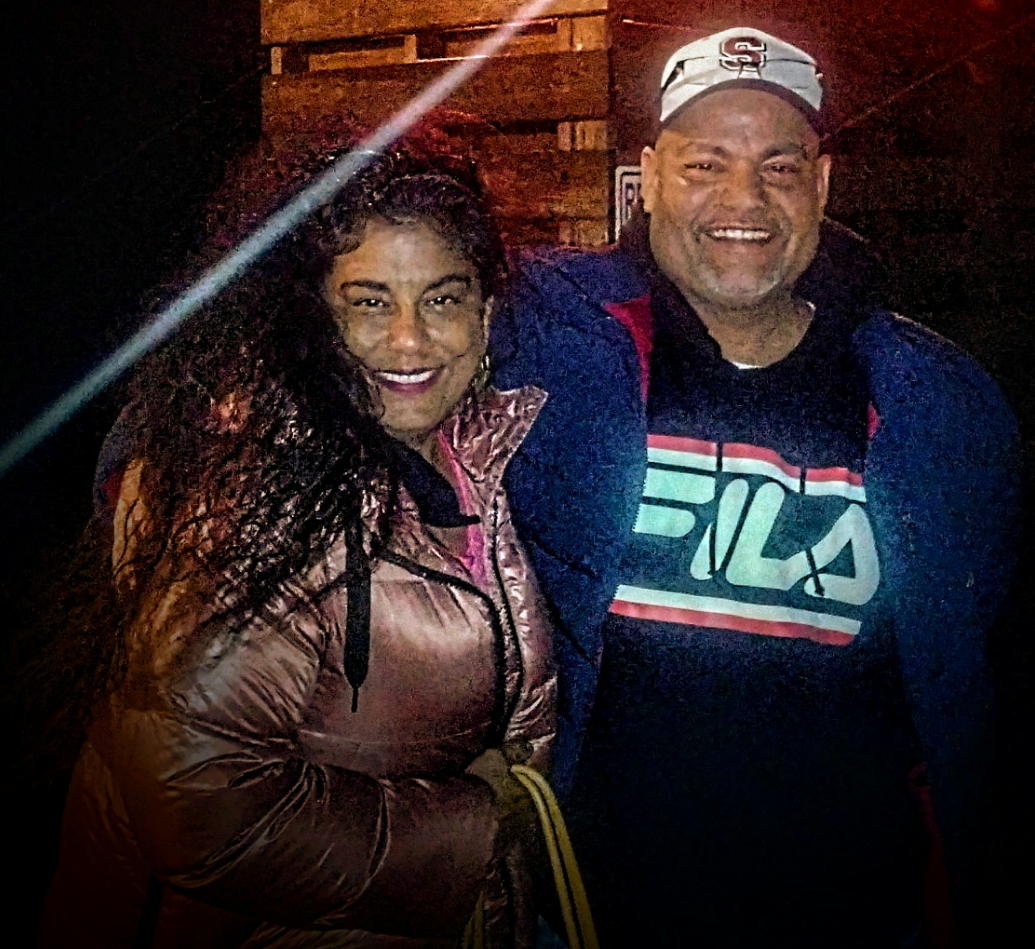 The Journey to Meeting my Brother: A Native adoptee meets her Puerto Rican Sib🤎

I've been blessed to experience extraordinary miracles in my lifetime. The kind of miracles I prayed & fought for! It's been 14 years since my son and I received our miracles of the life-saving medicines & medicine men we needed to live. My son is a living miracle. 🤎

There are always problems and challenges with a special needs child but this pandemic was a whole new beast! The lack of information for healthy people with covid was horrifying-let alone how covid would affect us-severely immune compromised. Then the risks of taking the vaccine with a complex autoimmune disease. It was one life worry after another.

After the isolation of my son's year at home and chronic worry-We were horribly depressed. I was dealing new symptoms and dealing with the memories of a childhood trauma. I really didn't see any end in sight to all of this...

Yet out of the blue, I experienced an wonderful miracle! Life changing in a great way! I found out I had a younger brother!🤎

He was from my paternal side which I had no information on at the time. We had matched on ancestry.com about two years ago. But I was not getting my messages as they were blocked by a stalker, hacker John Kuykendall. So I did not learn this until months after we matched.

How it all began

I was adopted at birth, raised in a Cleveland suburb in Ohio. After graduating from college, with eight years of social work in, it was time find out who I was and where I came from.

I knew I was Lakota from Standing Rock and had been adopted at birth through the County Welfare department. At 32 years old that was pretty much all the information I had. But it did not seem to matter I was following my heart and spirit to be where my ancestors had fought for me. I had such an eager fascination to participate in ceremonies and cultural ways and it was important to me to work with the kids

So at age 30 I moved to California by myself and worked for Native nonprofit. I also was a camp counselor at Indian Youth of America, had my first Native therapist and physician.

Upon arriving to the Black Hills the land of my ancestors I experienced many other firsts.I attended traditional Lakota ceremonies,took Lakota history & Indian psychology at Oglala Lakota College, witnessed my first Grand entry of a pow wow and heard the Lakota language spoken for the first time in my life.

I spent time with elders, listened to how they make it through life on a daily basis.Their wisdom sounded magical to me when they told me,"My girl, you all come home."How did they know this? Because you are Lakota❤️ What a spiritual experience for me.This made me weep for a long time. It allowed me to honor my innate spiritual pull to "Go! Home!"

It made me feel Lakota for the first time. No one made me feel more welcome then my elders who help me understand so much about myself that it would eventually help heal my broken spirit. 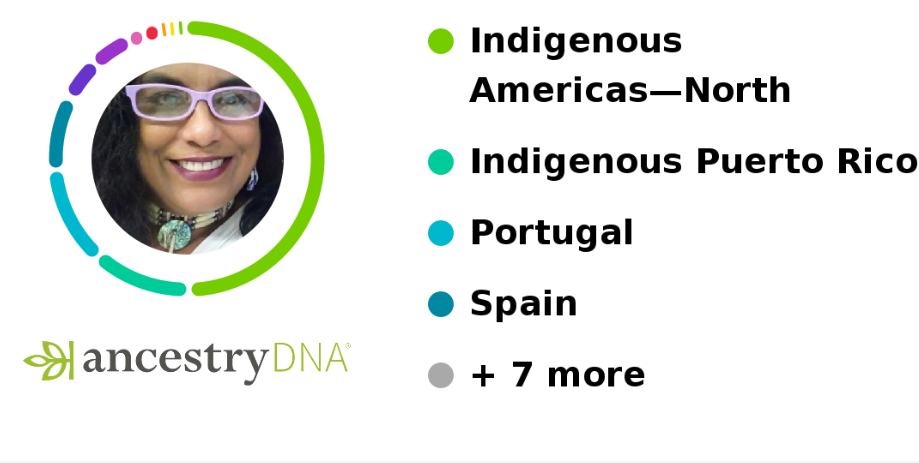 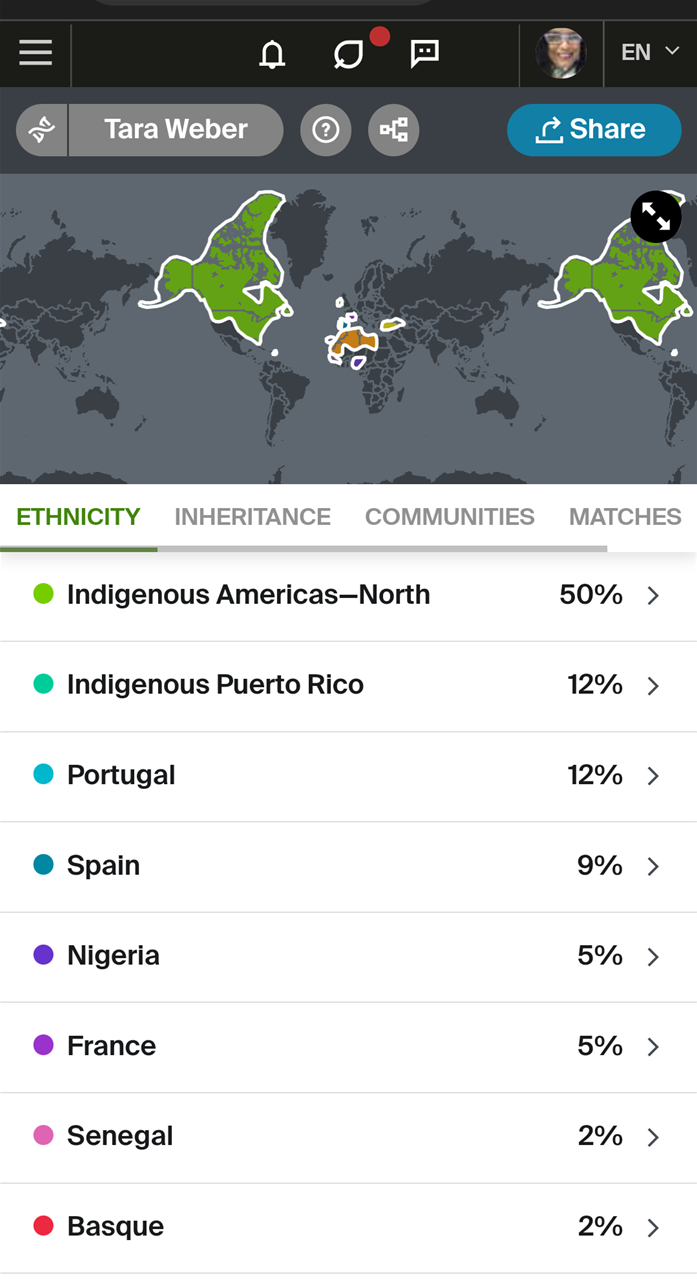 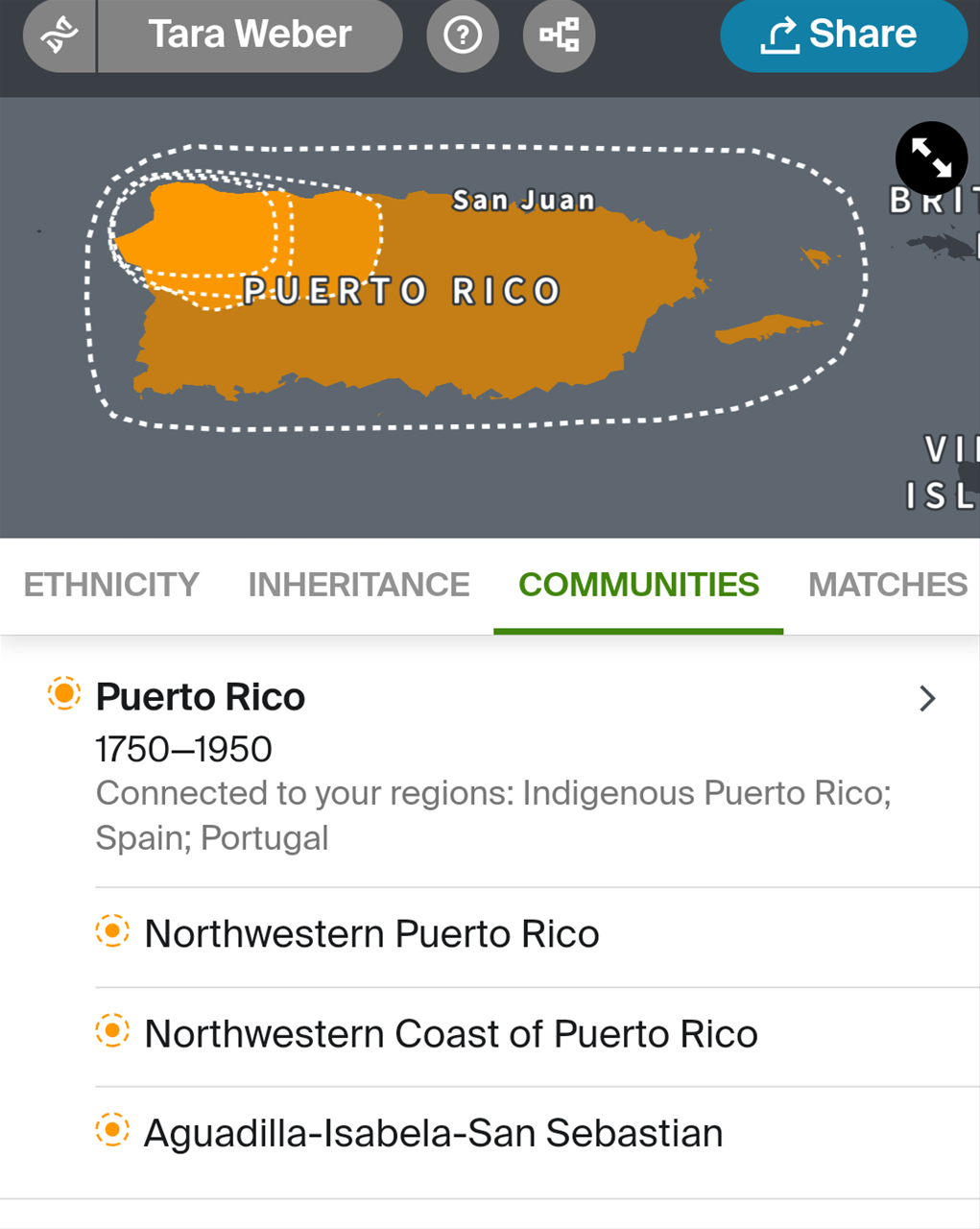 I tell people-there is no handbook for a Native American adoptee to "Go! Home!" meaning to return to tribal lands, your birth family & culture.

I wish I had someone to tell that I was a beacon of flashing light in the dark reminding her of her biggest secret that was supposed to forever be in the past.

I was in culture shock going to the reservation. I was overwhelmed in a lot of ways, trying to comprehend things & being by myself left me with no emotional support.There is no warning of how painful it will be. How rejected you will be. How your own blood can be. It's absolutely excruciating. It was overwhelming meeting so any people at one time. It became uncomfortable when there was conflict among them. Because in the grand scheme of things they might have been blood but they were all strangers to me. Strangers who seemed sad and angry right along with their mom. They were in a level of astronomical pain.

Initially I did not take their behaviors personally because I had not been around enough for anyone to begin to know me. But at the same time I had never been treated so meanly in my life. With so much raw emotion, everything being so overwhelming it eventually felt personal because it became that way: I was judged, rejected, and was even more confused about my racial identity. It broke my heart. I was blindsided by the hurt, rejection and trauma brought on by my own biological mother and siblings. All but one sister behaved as my bio mother did.

I felt my bio mom did not want to tell me who my bio dad was. It was like a game for her. There were mixed truths so I let it be. Ultimately I needed DNA to know the truth. But I shelved the efforts with my birth family. One of my sisters that was always nice to me encouraged me not to give up but I eventually did I wasn't putting myself out there to get hurt anymore. I was done trying with anybody from that side of my family. I was okay with it.

However I did need to understand and made a conscious effort to spend the last twenty years healing, understanding & researching family separation, boarding schools and intergenerational trauma. I needed to understand how all this played into who we all were today.

During this time I met a special group of Native American adoptees at a healing pow wow. A decade later, we have an unbreakable kinship, we all stayed in touch with many of them as many did DNA tests to find answers they could not get elsewhere. Initially I was staunchly against taking a DNA test because all I knew was mostly hurt when it came to biological connections.

As the months passed by my fellow adoptees we're finding new siblings left and right. It also led to some painful information for some.

So about a year a half later I took the plunge and sent my DNA to ancestry.com and learned what my other half was. I found out my biological father is from Puerto Rico: I am Indigenous Puerto Rican, Spanish & Portuguese-a zesty blend of culture. I loved learning this! It was good enough for me.🤎 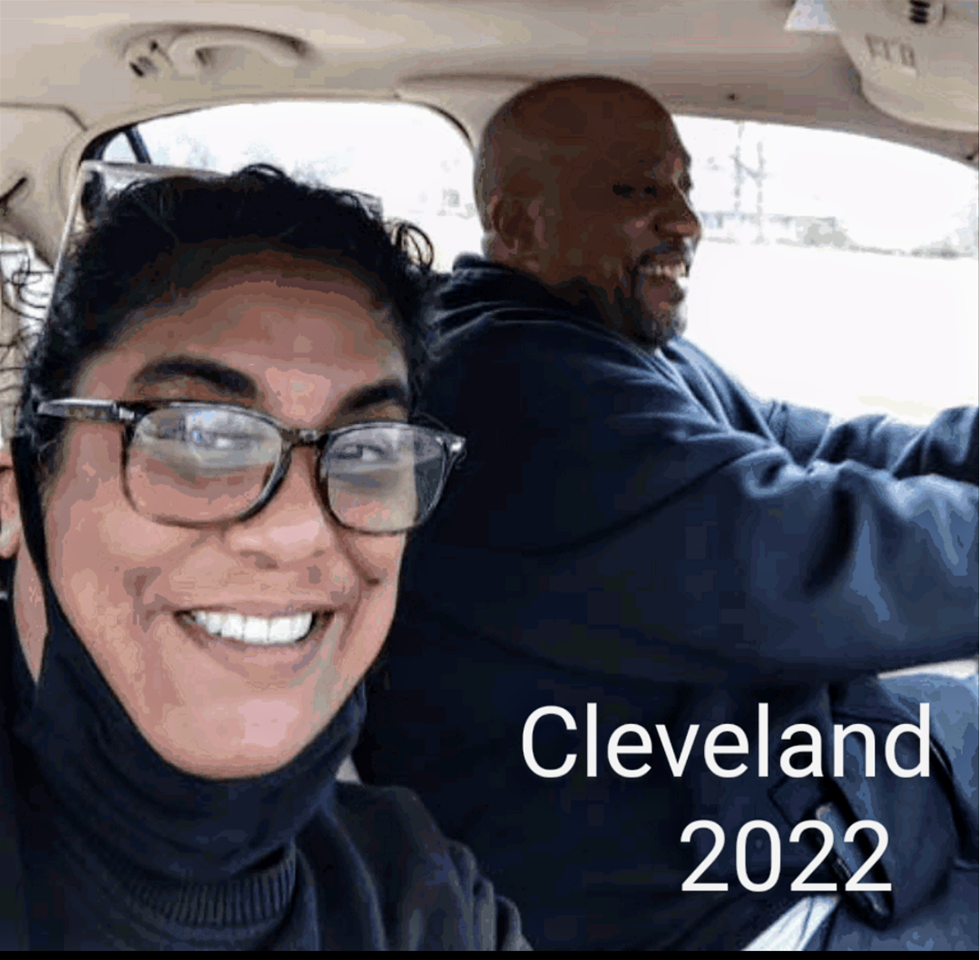 Me & Mylan, my childhood bro 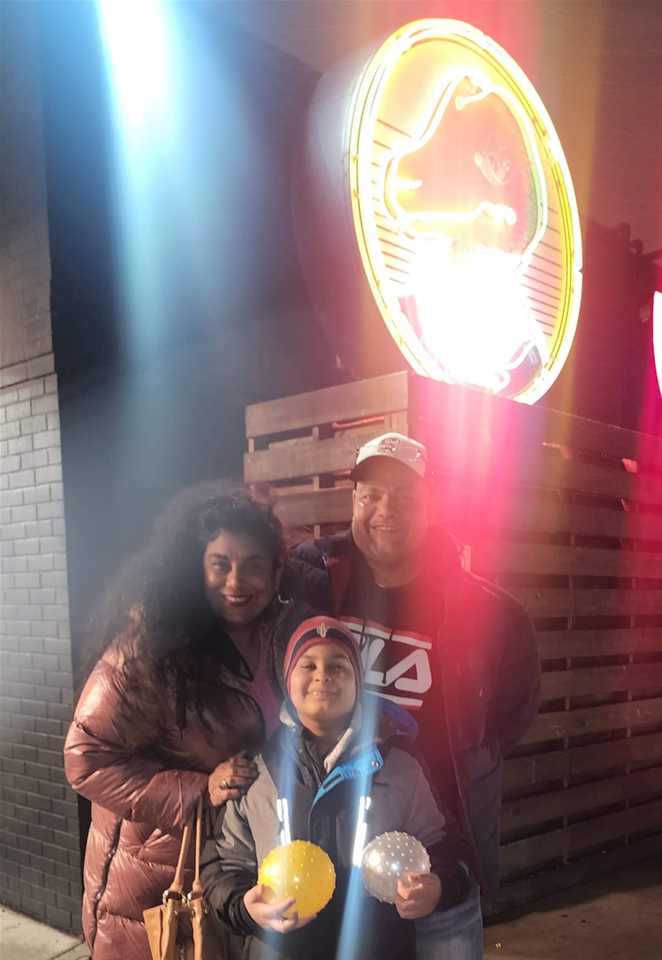 Me, My brother, Miquel & nephew

Then 2 years ago I went to ancestry.com and saw that I had not been receiving my matches. I saw I had a sibling from my biological father's side! I was very stunned and shocked! But overwhelmed with curiosity yet reluctant. So I built the courage up to contact him via ancestry emailed him but did not hear back. I saw that he read it so I just let it be.

However earlier this year through the support of a search angel which normally helps you find someone also can be the go between. That was her role for me.I am glad she was there. She was a literal Joy. After some weeks of talking, not just about finding my brother but she also helped me research for another situation. One day, I knew by the tone in her voice she knew something...Some kinda bad news. I thought if there was a problem with my biological mother, they would not know that she did not raise me. When I heard three Native American men brutally attacked my biological father around my conception, it just made me weep. This trail of pain was endless.

I never expected anything. I did not blame them if they did not want to meet me. Time went by...

Then, I was contacted by our search angel months later who informed me that my brother was willing to talk to me. YES! What a relief! What a miracle!

So, at the beginning of this year I built the courage up to call him! We had such a wonderful first phone call with his wife laughing and giggling in the background. It made me feel so happy! Towards the end of the call, my new brother told me, "Family is Family!"...I hear him say this often in my mind! 🤎

It was a few days before my birthday-February 3rd, I learned on the call my brother's birthday is February 9th. Just 2 years and 6 days younger than me. I also learned that he grew up on the west side of Cleveland his whole entire life. All those years, I went to the Puerto Rican neighborhood to advocate for Gina DeJesus when she was missing…I was just around the corner from my biological paternal family.

About 6 weeks after our call, I flew to Cleveland to meet my brother, Miguel. I stayed with my childhood friend, Mylan who I also asked to accompany me. I knew better to never go anywhere by myself in these circumstances. I wore my new fluffy rose colored winter coat that I had to buy prior to this trip. It was cold with some flurries as we headed to the Winking Lizard to meet my brother! When we first entered the Lizard, my heart began to pound faster as we looked around for my brother.

Every man that walked through the door made my heart fall because with the big winter coats - hats I couldn't see faces. Then I saw him, I knew it. I just stood there as my friend Mylan and my brother hugged like they knew one another. I felt immediately it was going to be more than OK. Then my brother came over to me and gave me a big hug! Followed by big hugs with my new sister-in-law and nephew who I think looks like his new auntie. 🤎

We had a wonderful dinner that was full of conversation, laughter and sharing information. My brother and I both lost a sister and now we gained a loving sibling. Ok I thought I looked like my biological mother and sisters but my brother was a new league of sibling resemblance! I could not believe how much we looked alike. Even his wife leaned in to examine my face and said we had the same lines on our face! 😁 Then blurted out how I had the same lips: that one was bigger than the other! 😁 Hearing this touched my heart.

All these years we were in Cleveland living about 20 miles from eath other. He still lives there. As we took pictures together and talked about the next time we would see each other, I soaked it all in and did not want these special moments to end. We were happy! Even my new sis-in-law told me that my brother was happy! I reveled in my miraculous moment as we took pictures. I felt relief & a new found happiness I never felt before. I thought after 53 years my new brother & I not only look a lot alike, we have have the same smile!😁 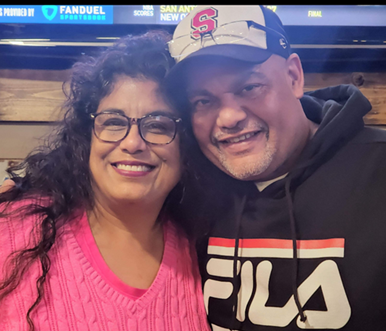