Hello! I wanted to share the interviews when I shared the airways with legend: AIM Founder Dennis Banks as well as two articles I wrote!

1. Dennis Banks AIM Founder & I on the Martha Fast Horse show regarding my work on the I Support The Lakota 57 social media campaign, which exposed to the world the racism to Lakota children by white adults.

2. An article on the Lakota 57 in the Shorthorn-U of TX student paper.

3. An OP/Ed article I wrote: History is repeating itself when it comes to genocide at www.indianz.com 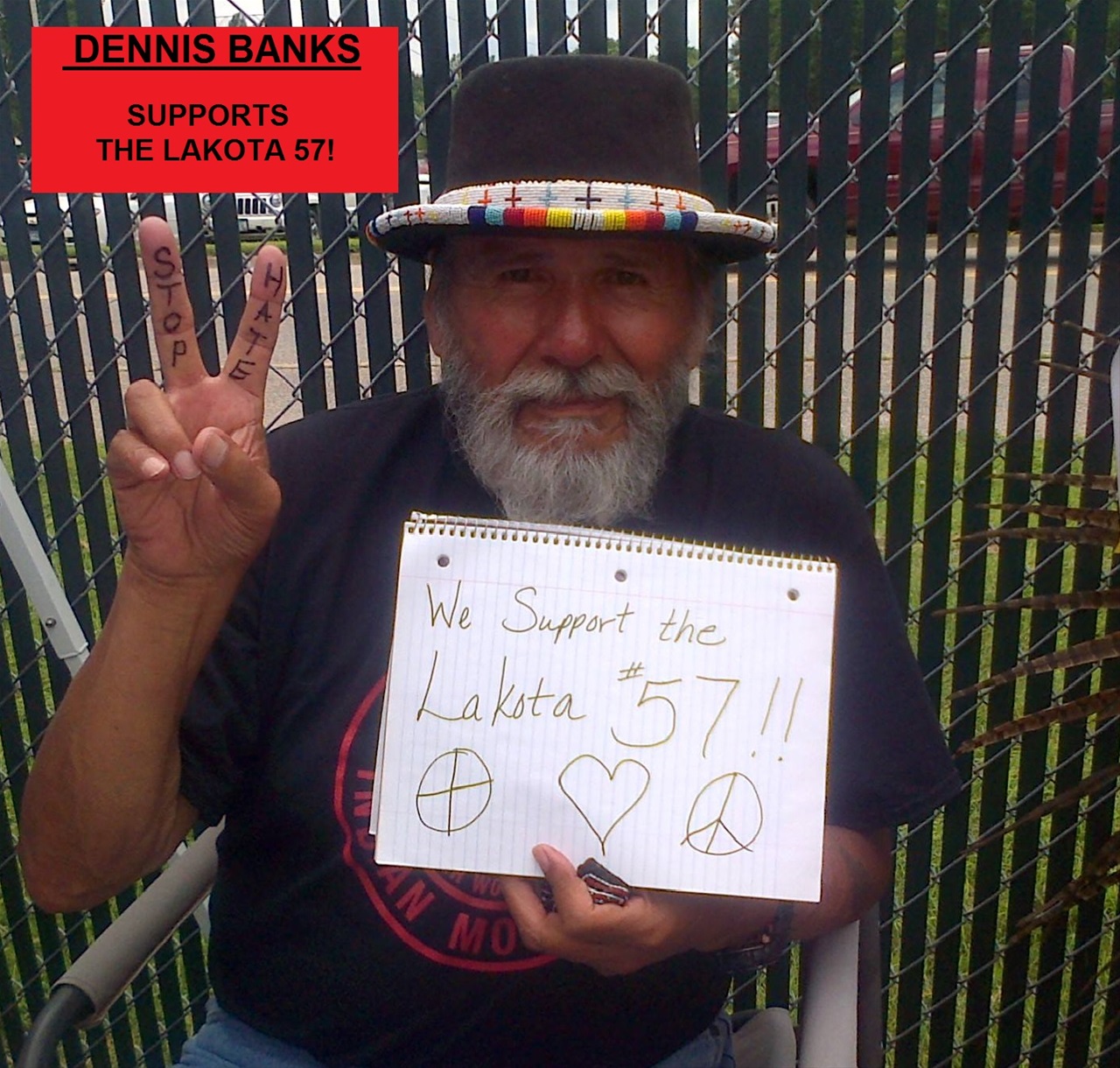 Dennis Banks, Founder of the American Indian Movement (now deceased) & I-on Martha Fast Horse's FM radio show about the racism in Indian country & the horrific racism 57 Lakota kids experienced on a field trip. As well as the I Support The Lakota 57 social media campaign I created that reached the world!

I was honored when Martha invited me on to her show and I invited Dennis Banks on as he was supporting the kids & their parents. He later told me that he liked the way I wrote and asked me to used my description of the event in his speech at a fundraiser for the kids on Pine Ridge.

Please cut & paste the link below! TO LISTEN! 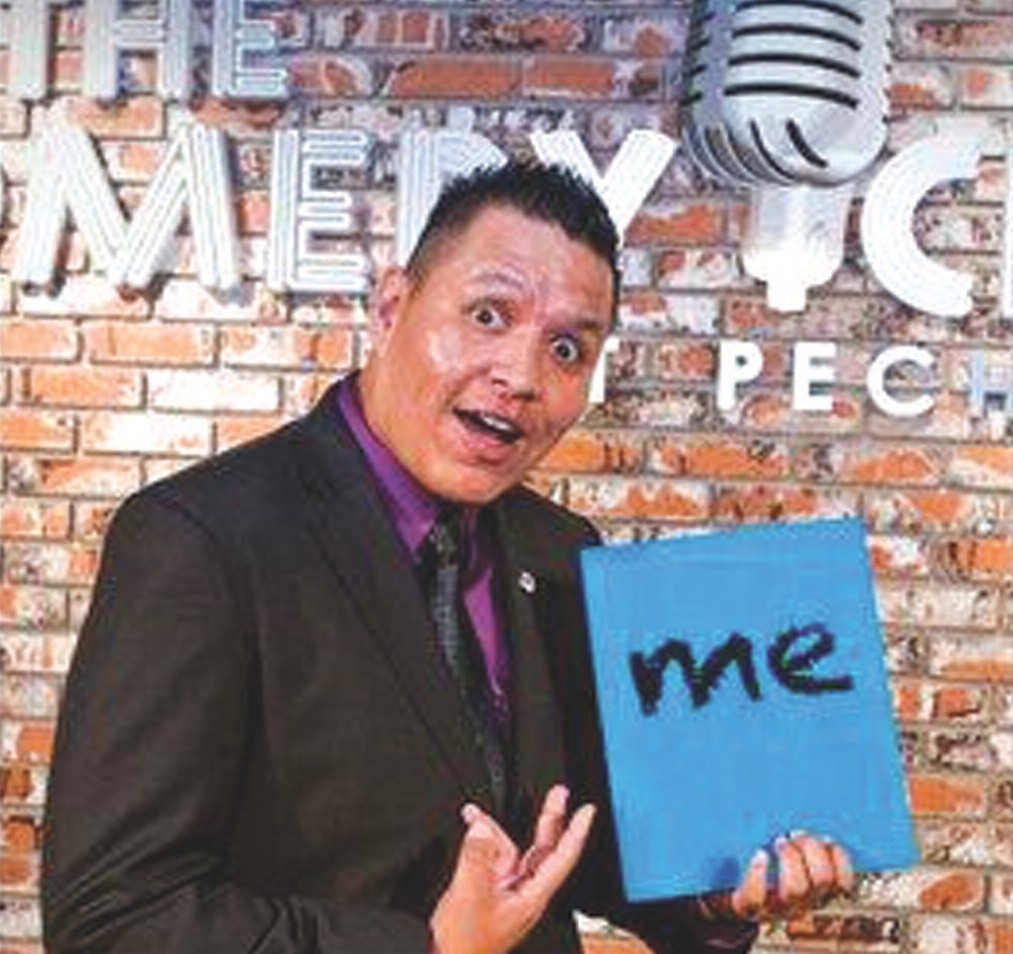 Special to the Lakota Country Times

Growing up on the Standing Rock Reservation, JR Redwater endured tough times, but that did not stop him from dreaming…A dream, that he kept a secret, even through his adult years. His dreamto become a comedian. Redwater, demonstrated his gift, of humor at a very early age, where he was the ‘class clown,’ and ‘family clown.” After high school, Redwater, took a chance of leaving the reservation, to serve in the United States Navy. He feels very strongly about being a patriot and loves his country. Serving in the military, helped him develop confidence and belief in himself. “I was in survivor mode. The military made me feel, unstoppable. It makes you feel you can do anything. I knew, I could be a star, that is truly how I felt. I knew I was going to bigger that most,” Redwater explained, after serving in the military but feeling like reservation life, did not have much to offer him.

So, he, decided to take another, brave leap and the chance of a lifetime by hopping on a Greyhound bus with just a duffle bag, to give himself, the chance at his dream-a career in comedy. Once in southern California, Redwater, took it upon himself to call the Irvine, “Improv,” where he pitched himself, to the owner, to try a few minutes of standup comedy on stage. He got the go ahead and with all his co-workers it the audience, in Redwater‘s words, “I bombed! It was the worst four minutes, of my life! It was bad…it was humiliating.’ However, a man stopped him outside of the ‘Improv,” that night and told him that he saw what he was trying to do. He appreciated that Redwater was Native American, because there was no other known comedian, besides, Charlie Hill.

This stranger ended up being one of Redwater’s teachers of comedy. Redwater, stuck it out and then viewed it like a job. He learned the rules of comedy and applied them. And eventually, developed the confidence and skills, where he now is living, that childhood, dream of being a comedian. It was not easy for Redwater to get where he is. But he was never going to give up. He was very determined. Which is why, he carries a strong message for Native American youth, “Look at me! I came from where you did. I went to boarding school and came from an alcoholic family. But that did not stop me. I am living my dream, doing a comedy for a living. Go, for your dreams!”

Presently, his continuous dream, has him, working on the, “Chiefs of Comedy Show,“ which, includes, TV-Movie Star, Adam Beach, making his comedic debut on this tour, along with, seasoned comedians, Jim Ruel and Shishonia . They are touring around the country and with hopes, that it will be broadcast on, “Comedy Central.” Redwater’s future in comedy is very bright. His Manager, Al Miller, believes, “JR is going to be the premiere Native American, comedian in the country. He probably is already!

I see JR, being what George Lopez is to Latinos or Jerry Seinfeld is to the Jewish community, taking the rest of the nation by storm!” For this funny-man, whose sense of humor has gotten him through everything, says what he wants his fans to get from his comedy, “ I hope, I can move their spirit…If they are having a bad day and their life has changed, in some way, after the show…I am happy.”